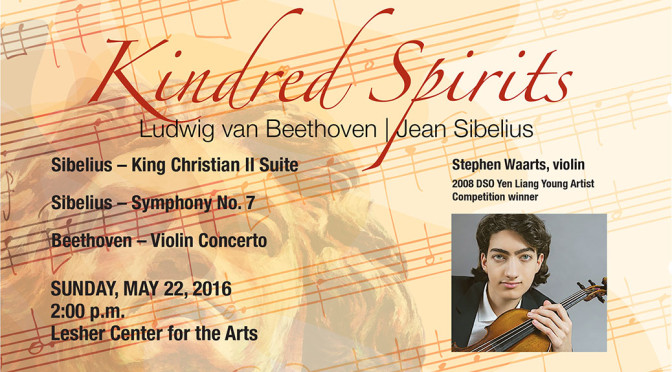 Jean Sibelius (1856-1957) is widely recognized as Finland’s greatest and most famous composer. Sibelius composed at a very important time in Finland’s history: when Finland was trying to establish their cultural independence from both Sweden and Russia. The King Christian II Suite was composed and first performed just a few short years before Finlandiam and was first performed in 1898 in Helsinki. The suite is comprised of several movements of incidental music composed by Sibelius for a play written by his friend Adolf Paul. The play is centered around the love affair between King Christian II, ruler of Denmark, Sweden, and Norway, and a Dutch common girl named Dyvecke. The piece was relatively well received. One critic referred to it as a “pleasant new acquaintance, and a superb orchestral setting”. Sibelius seemed content with the suite as well, saying to the author of the play, “I think this is the first time that I have managed to make something complete.”

In the early 1920s Sibelius withdrew from the music scene, preferring to stay secluded in his home in Jävenpää. The Seventh Symphony was the second to last piece the composer wrote, even though he lived another thirty years.
This symphony is a departure from classic symphonic form in that it is composed in only one relatively short movement, lasting around 22 minutes. This piece is the culmination of Sibelius’ symphonic achievements and is a brilliant use of orchestral color, with the strings, trombone, and timpani playing a pivotal role.

Much as Sibelius was a cultural hero for his country during a time of Finnish revolution, Ludwig van Beethoven (1770-1802) himself became a cultural hero throughout Germany and Western Europe in the nineteenth century. The Violin Concerto in D is from Beethoven’s middle period, composed in 1806. In his one violin concerto, like in the piano concertos, the solo violin is considered equal with the orchestra, and often plays the part of the hero. The work is dedicated to violinist Franz Clement, who played the premiere performance of the piece in December of 1806. It is considerably longer than the violin concertos of Mozart, and written for a much larger orchestra than previous composers concertos. It also required a level of virtuosity from the violin player that most at the time were incapable of. Perhaps for these reasons, it did not become a staple in the concert hall until about fifty years later when Mendelssohn conducted a performance of the piece featuring thirteen year old virtuoso violinist Joseph Joachim in 1844.