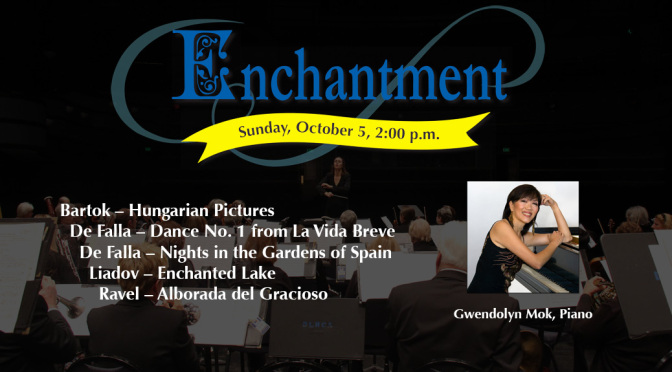 Our season opener at the Lesher Center features our soloist, the critically acclaimed pianist Gwendolyn Mok, who will be performing Spanish composer Manuel de Falla’s Nights in the Gardens of Spain, a three-movement nocturne which has been described as “vividly atmospheric” as well as “rich, dark, and mysterious.” Also included in this evening’s performance is another of de Falla’s compositions, “Dance No. 1” from La Vida Breve.