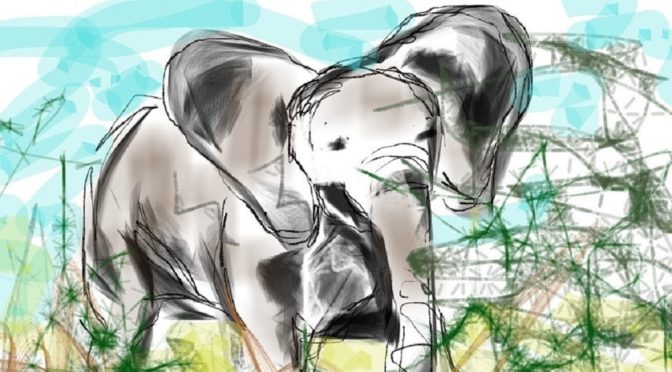 We were delighted to share the creative and descriptive poems submitted this season to introduce the Kangaroo, the Cuckoo, and the Swan, some of the members of the animal and aviary kingdoms portrayed in The Carnival of the Animals by French Composer Camille Saint-Saëns, performed during the symphony’s Family Concert on June 19, 2022. Congratulations to these talented and imaginative young poets!

With each note the instruments play together, the kangaroo takes one hop further into the future of its journey.

As the music goes into high octaves, so does the kangaroo.

Jumping with full power, soaring as high as the highest note of an instrument.

As the kangaroo hops on the orange path, surrounded by green grass, the sound of the music ripples through the field of instruments.

The Cuckoo in the Wood

The sun rises in the sky,
The light warms the earth
As the morning dew dries.

The song echoes around trees
Swiftly, she flutters at ease
Basking in the sun and the breeze.

As the sky darkens, her song is heard
Fuchsia, orange, purple, blue.
The last sound is the cuckoo bird,
In the dark of the night she flew.

Heavy footsteps all around.

They are coming from the ground.

I’m a cuckoo in an owl’s nest.
Where mom had ditched me for the best.
The other eggs have yet to break
But when they do, they’ll see I’m fake.

Heavy footsteps all around,
Coming closer from the ground.
Cracking, breaking of the eggs
Come squirming out some little legs.

Heavy footsteps disappear
Replaced by whooshing in the air.

Mother owl appears with food
And sees a funny-looking dude.
Among her owlets, I am weird!
She has found me, as I’ve feared.

A bird whose sound is familiar to you.

Hidden in the trees and sky of dark blue

They may be many, there may be few,

These woods are home to quite a crew.

They’re always watching; can you see them too?

From the path, their calls will lead you askew.

So without more much or further ado,

Here is their mysterious and ominous debut.

Whenever I think of swans,
I think of them as remarkable birds,
That can fly so gracefully in the air.
They have such incredibly long necks,
Which look so fascinating.

Swans mostly have beautiful pure-white-as-snow feathers,
And can handle any climate or weather.
They are excellent swimmers
And are smart about how to hunt their food.