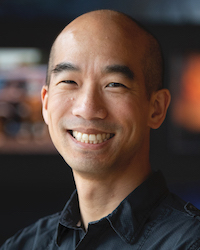 Julian Fong studied piano with Lorraine Ambrose and cello with Eugene Osadchy at the Vancouver Academy of Music, and holds piano performance diplomas from the Royal Conservatory of Music and the Royal Schools of Music. He has won awards at competitions including the Seattle Young Artists Music Festival, the Pacific Piano Competition, and was a Grand Prize winner at the Canadian Music Competition. Julian has performed as a piano soloist with the Nanaimo Symphony Orchestra, the Seattle Philharmonic Orchestra, and the CBC Vancouver Orchestra. He regularly plays both piano and cello with other chamber musicians in the Bay Area, and with larger groups including the Stanford Savoyards and the Diablo Symphony Orchestra. By day, Julian is a computer graphics software engineer at an animation studio in Emeryville.