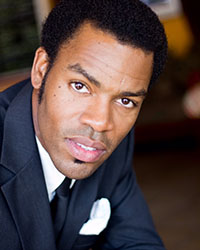 A tenor whose voice was described by Opera News as being, “blessed with freshness”, Michael Dailey most recently made his role debut as Don Basilio in Le nozze di Figaro and Lindoro in L’Italiana in Algeri with Opera San Jose. Prior to this, he made his debut with Microscopic Opera performing the role of Ben in the world premiere of Todd Goodman’s opera Night of the Living Dead as well as with Knoxville Opera performing the role of Prince Ramiro in Cinderella. In 2012, Michael spent his summer as a returning member of the prestigious Santa Fe Opera Apprentice Program. There, he performed the role of Selimo in the world premiere of the critical edition of Rossini’s Maometto II. From 2008-2012, Michael served as a Principal Resident Artist with Opera San Jose where he performed 12 leading roles including Almaviva in Il Barbiere di Siviglia, Ramiro in Cenerentola, Alfredo in Traviata, Nemorino in E’lisir D’amore, and Ferrando in Cosi fan tutte. Other companies he has performed roles with include Livermore Valley Opera, Virginia Opera, Tricities Opera, Ashlawn Opera Festival, Portland Opera to Go, and Des Moines Metro Opera.

Mr. Dailey’s international credits include his performances in the roles of Lucano/1stSoldat/Famigliare in Montiverdi’s L’Incoronazione di Poppea with Theater an der Wien in Vienna. As a member of the New York Harlem Production company, he performed the role of Sportin’ Life in Gershwin’s Porgy & Bess on a European tour of six countries in venues including The Semperoper in Dresden and The Carré Theater in Amsterdam.