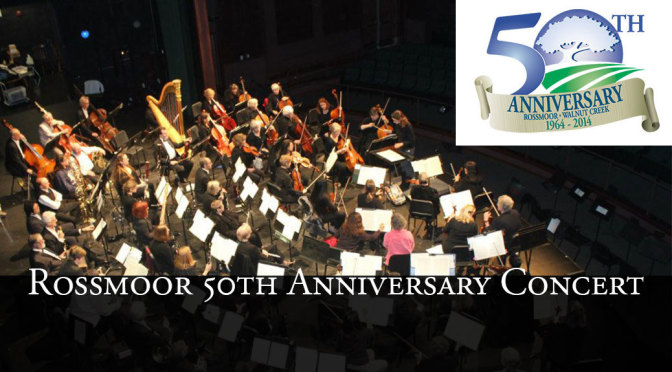 The “Champagne with the Symphony” Anniversary Celebration celebrates Rossmoor’s 50th anniversary and commemorates 46 years of cooperation between the Diablo Symphony and Rossmoor. Ticket sales for this September concert are limited to Rossmoor residents. Advance tickets will be sold ONLY at the Fireside Room in Rossmoor on Thursday, August 21 at 7:00pm; maximum 2 tickets per resident (Rossmoor identification must be shown). For the general public, we invite you to our Enchantment concert on October 5, 2014, which shares a similar program with this concert.

This concert opens with “Celebrate Today!,” an original composition by American contemporary composer and former conductor of the Diablo Symphony Joyce Johnson Hamilton. Our soloist, the critically acclaimed pianist Gwendolyn Mok, will be performing Spanish composer Manuel de Falla’s Nights in the Gardens of Spain, a three-movement nocturne which has been described as “vividly atmospheric” as well as “rich, dark, and mysterious.”