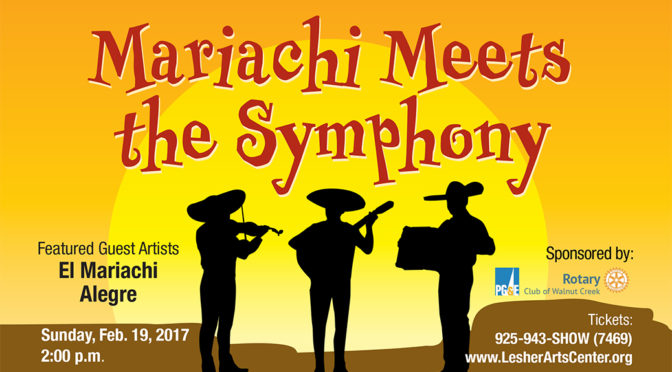 Experience an afternoon of music from Mexico and Brazil – intense, passionate, lyrical, rhythmic, and humorous. El Mariachi Alegre joins us for a festive finish! We are also proud to present the premiere of a work by local Walnut Creek composer Justin Levitt.

Arturo Marquez (1950-) is a Mexican composer whose work has been characterized by an exploration of medium and language. Carlos Chávez (1899-1978) was a Mexican composer, conductor, and educator who founded and directed the Mexican Symphonic Orchestra. Marquez’s Danzón No. 2 and Chávez’s Sinfonia India are two of the most popular and most frequently performed Mexican contemporary classical music compositions.

Justin Levitt is an award winning pianist and composer, President of the nationally recognized music organization Composers, Inc. and is an active participant and supporter of our local music community. We are proud to premiere his work, “From Another Time”, which is based on reminiscences of Russian life.

El Mariachi Alegre, music directed by Esteban Steve Zapiáin, has performed with Los Lupeños at Yerba Buena Gardens in San Francisco as well as the Mexican Heritage Plaza, and for schools, churches, Dia de los Muertos and Holiday functions throughout the Bay Area. The Fiesta Mexicana is a joyous tribute to both mariachi and symphonic music, including an original musical arrangement that will be premiered at this concert.