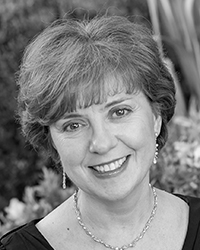 Russian born pianist Nadia Blank-Koliha holds a diploma in piano performance from the St. Petersburg State Conservatory (Russia) and Doctor of Musical Arts degree in piano performance from the University of Southern California. In Russia she studied with the renowned Grigory Sokolov and Isaac Katz and at USC with Daniel Pollack, Stewart Gordon and Cherry Rhodes (organ). Ms. Blank’s piano teacher’s lineage can be traced directly from Isaac Katz to Alexander Goldenweiser to Alexander Ziloti and finally to Franz Liszt and Ludwig Beethoven.

Ms. Blank has received various prizes and awards in national and international piano competitions. She was a recipient of a Special Recognition Award in the first National Rachmaninoff Piano Competition in 1983. In 1985 she placed second in the All-Russia Piano Competition and in 1990 was a prize winner at the Busoni International Piano Competition in Bolzano, Italy. After her performance in Italy, L’Arena di Verona commented that Ms. Blank is “a pianist with an exceptional talent”.

Currently Ms. Blank resides in the San Francisco Bay Area where she maintains a private studio and performs as a soloist and a duo-pianist. She collaborated and appeared as a soloist in concerts with the orchestra of the San Francisco Opera and Ballet Company, Pro-Art Symphony Orchestra and the Contra Costa Chamber Orchestra. Ms. Blank’s solo performances include many benefit recitals for various music organizations including the Berkeley Piano Club, the Chora Nova and Bella Musica choirs, the San Ramon Valley United Methodist Church, and others. Over the past several years she has been actively collaborating with Dale Tsang as a duo pianist and has played numerous piano-duo performances in various venues.

Ms. Blank serves as organist and pianist at the San Ramon Valley United Methodist church in Alamo. She also plays for the San Ramon Valley Chorale, a recently-formed community choir directed by her husband, Bruce Koliha. Ms. Blank is also a frequent adjudicator for various local piano competitions and festivals.