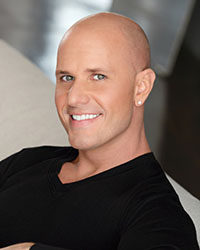 Baritone Zachary Gordin is redefining what it means to be an opera star in the 21st Century. Praised for his “arresting musical insights” and a voice that is “commanding and intense without ever descending into coarseness.” (The Seattle Times), Gordin’s powerful voice and wide repertoire makes him an in-demand performer at opera houses and concert halls around the globe. Recent operatic highlights include: Joseph De Rocher – the convict – in Jake Heggie’s Dead Man Walking with Dayton Opera and Shreveport Opera, Silvio in Pagliacci and Brother in Seven Deadly Sins with Festival Opera, Escamillo in Carmen at The Broad Stage, Silvio in Pagliacci and Monterone in Rigoletto with Sacramento Opera, Aeneas in Dido and Aeneas with West Bay Opera, Germont in La traviata with West Bay Opera, and many others. A regular on the concert and recital stage, recent engagements include performances with San Francisco Symphony, Oakland Symphony, Sacramento Philharmonic, YOSA Philharmonic, Bay Area Rainbow Symphony, Olympic Music Festival, Music in the Mountains, Bakersfield Symphony, and many others. Orff’s Carmina Burana has quickly become a signature piece for Gordin, who has performed the work numerous times to great praise. His debut disc: Amour sans ailes… Songs of Reynaldo Hahn was named “Best Lieder Recording of 2017” by Voix des Arts, and is now available on the MSR Classics label. He serves on the voice faculties of Sonoma State University and Santa Clara University, operates a private vocal studio in Oakland, and frequently gives master classes at some of the country’s most renowned opera companies and schools. For more information and social media links, please visit ZacharyGordin.com.