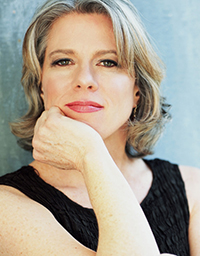 Tanya Tomkins has carved out a unique career path, specializing in the repertoire for both modern and baroque cello. In addition to her current positions as Co-Principal Cellist in both the Portland and Philharmonia Baroque orchestras, she has performed as a soloist with various orchestras and festivals throughout the world. Of special recognition are Tanya’s performances of the six Bach Suites on baroque cello, which she has recorded for the Avie label. She presented all six in one day, in concerts at the Library of Congress, the Da Camara Society in L.A. and the Vancouver Early Music Society. In the San Francisco Bay Area, Tanya is a member of the Left Coast Chamber Ensemble, which presents unique programs combining traditional and contemporary repertoire. Together with pianist Eric Zivian, Tanya is Co-Founder and Artistic Director of the new Valley of the Moon Music Festival which takes place in July in Sonoma. She has given many master classes, including at Yale, Juilliard and at the San Francisco Conservatory of Music.