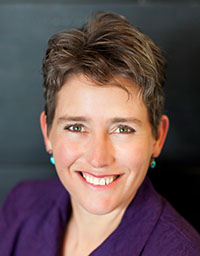 Widely admired as a dynamic, creative, and engaging conductor, Lara Webber is dedicated to inspiring audiences through the power of symphonic music. She has been praised by fellow musicians around the country for her musical depth, genuine expression, strong personal vision, and collaborative spirit. Webber brings a broad range of experience to the podium. She has held the positions of both assistant and associate conductor of the Baltimore Symphony Orchestra. In Baltimore, Webber programmed and conducted over eighty concerts annually, including classical subscription programs and educational, pops, and community concerts. Prior to her appointment with the BSO, she was associate conductor of the Charleston Symphony Orchestra (South Carolina) and music director of the Charleston Symphony Orchestra Chorus. Her career began as music director and conductor of the Los Angeles Debut Orchestra, a post previously held by such conductors as André Previn, Lawrence Foster, and Michael Tilson Thomas.

Lara Webber’s activities as a guest conductor include performances with the symphony orchestras of Annapolis, Bangor, Houston, Pittsburgh, San Antonio, Louisville, Colorado Springs, Modesto, the Baltimore Chamber Orchestra, and the Chicago Sinfonietta. She has served as a cover conductor (on call as an emergency substitute) for the San Francisco Symphony and the National Symphony Orchestra. Webber’s operatic associations include posts as the assistant conductor at Glimmerglass Opera and conductor of the Baltimore Opera Studio.

Strongly committed to arts education and community engagement, Webber was a conductor of the Emmy-nominated Disney’s Young Musicians Symphony Orchestra. Their concerts were broadcast nationally by the Disney Channel. In recognition of her outstanding service to the community, Lara was honored with a Los Angeles City Council resolution. She has taught student conductors as a faculty member of the League of American Orchestras’ conductor workshops and has coached youth orchestra and community orchestras. At home in Livermore, Lara is active in her community, bringing music to the local elementary schools, coaching chamber musicians, and advocating for the arts as an essential part of the educational curriculum and a vital part of our culture.

Webber began her conducting studies with Robert Spano at the Oberlin Conservatory of Music, where she received her bachelor of music degree in vocal performance in 1991. Her studies continued at the Sweelinck Conservatory in Amsterdam and in the conducting seminars of both the Aspen and Tanglewood Music Festivals. She received her master of music degree in orchestral conducting from the University of Southern California, where she studied with Daniel Lewis. In 1996, Webber was among the first conductors selected to participate in the National Conductor Preview of the League of American Orchestras.